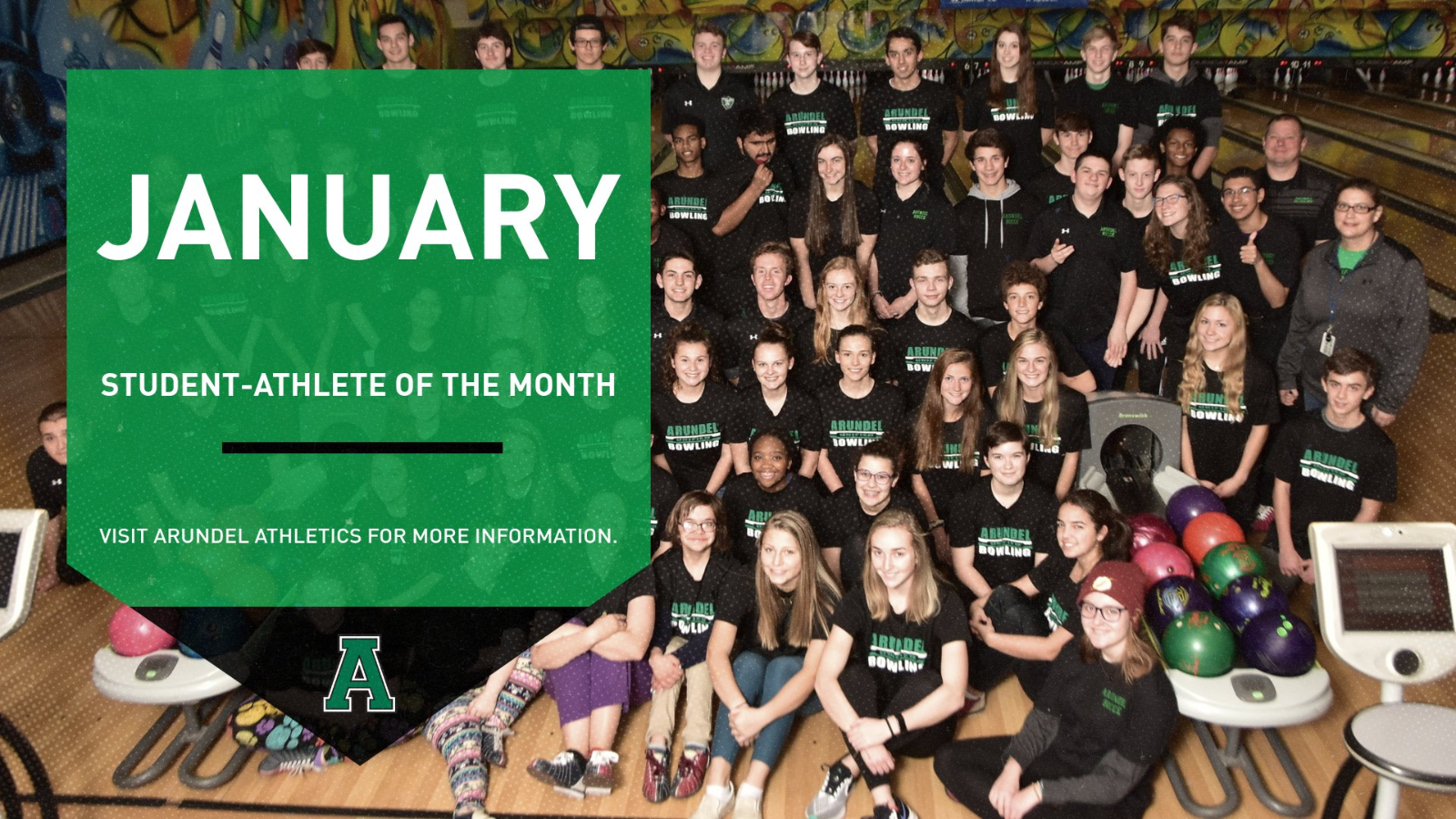 We will begin honoring student-athletes every month. We need your help. Below you will find information on several of our Winter Athletes at Arundel High School. Please read through them and decide which athlete you feel deserves to win the new “Athlete of the Month” award at Arundel High School. The winning athlete will receive an award and recognition on our upcoming “Athlete of the Month” board going up in the gym. These student-athletes were nominated by their coaches. Here are your January candidates:

Brandy Middleton- Girls Basketball
Brandy is often the first player coming off of the bench in a game. She is known as the coaching staff’s “hustle player” and she brings a ton of energy to both practice and the game. She manages to give the team extra possessions. She exemplifies the “lead by example” mentality.

Caleb Badayos-Chaves- Wrestling
Caleb dealt with a dangerous infection that sidelined him for over 2 weeks during which time, even though he could not actually partake in physical portions of practices and matches, he still showed up to every practice and event to lead his team.  Caleb did what he could on the side and despite “feeling” ok enough to get back to heavy physical duty, he obeyed his doctors’ orders to keep his recovery time to a minimum.  When he was finally cleared to take the mat one day before a match, he asked to wrestle up a weight class in order to face a more difficult challenger.  Caleb performed very well, defeating the heavier ranked opponent handily, looking like he hadn’t missed a beat.  Despite missing the busiest part of the season and an important part of the schedule, Caleb kept a positive attitude through it all.

Phoebe Rowe- Winter Cheer
This is Phoebe’s first season on the varsity team and she has put in extra work to get there. Phoebe has gained new skills, such as tumbling, for our recent county championship. Phoebe was instrumental in the Wildcat’s 2nd place finish last week and one of the reasons that the team will move onto regionals. The coaches feel that Phoebe is now a shining star on the cheer mat!

Tyson Brooks- Boys Basketball
Tyson Brooks is exactly what we want in a student-athlete representing Arundel High School. Not only is he successful on the court, but he is also even more successful in the classroom. Tyson is a constant leader on and off the court, a very humble and compassionate person who strives in any setting. We have received numerous feedback from coaches and opponents parents about his Great Sportsmanship.

Gideon Smith- Indoor Track
Gideon’s work ethic is far and beyond the norm. He takes pride in outworking his teammate and his competitors. It has shown so far this season. He is always trying to work harder and do more. He is always willing to put in the extra work.

Aidan Koch- Unified Bowling
Aidan is one of the partners on the Unified Bowling Team that always puts the needs of the Athlete before anything else. She can be found helping various Athletes without being asked. From tying shoes, holding their bowling ball, offering encouragement or giving the athlete a hug whenever needed. Aidan exemplifies everything the Unified program is about.

Vote as many times as you would like, just revisit this article and/or refresh this page! Voting has opened up and will end on February 1, 2020, at Midnight. The winner will be announced on Monday, February 3, 2020.