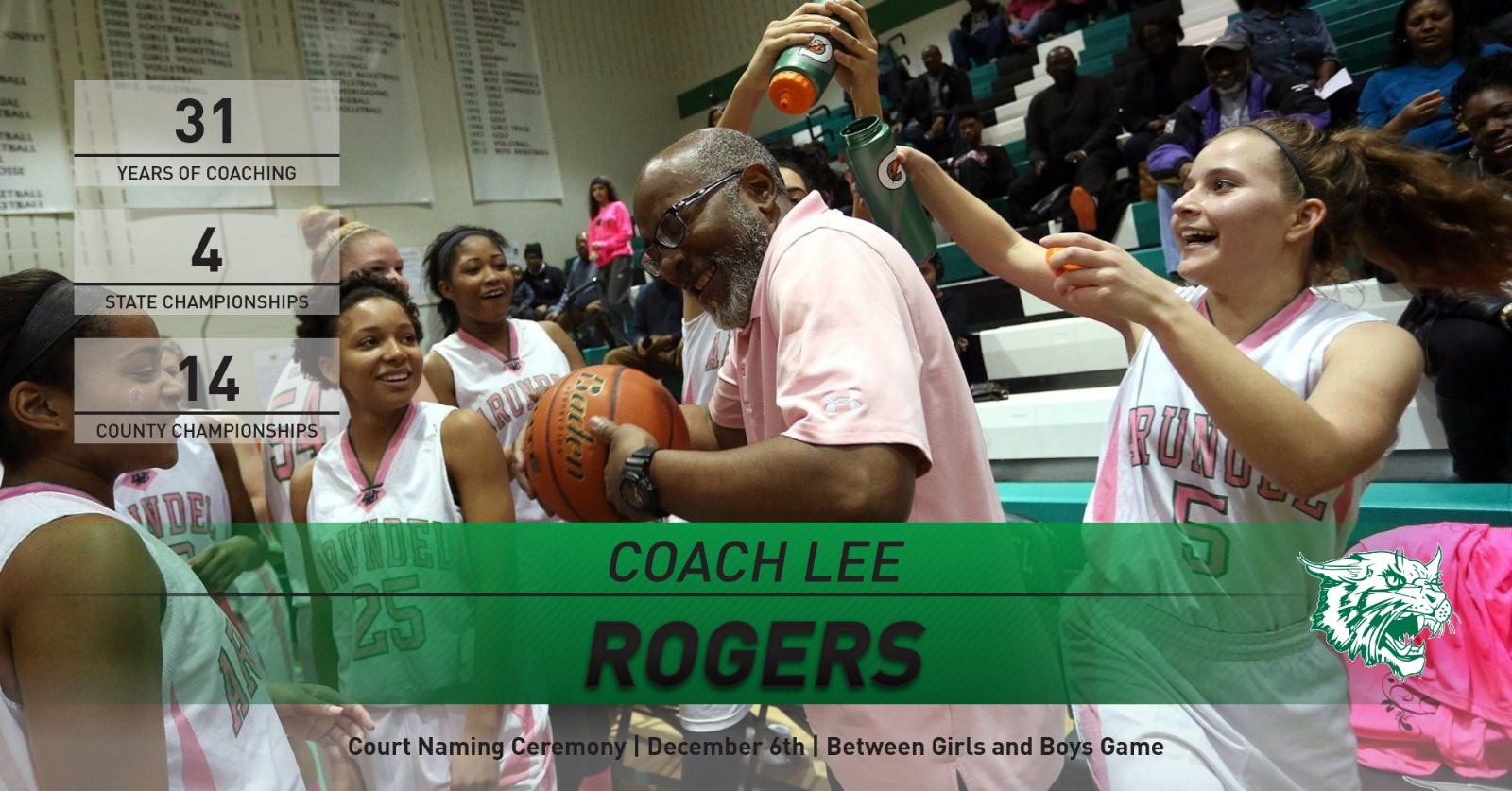 Did you know that Coach Lee Rogers has been coaching the Girls Basketball team at Arundel High School for 31 years with an incredible record of 537-215 with a winning percentage of 71.4%? I’m sure you already know he has led the Wildcats to 7 state championship games while winning 4 State Championships (1996, 2000, 2004, 2010) in the process.

On Friday, December 6, 2019, between the Varsity Girls and Boys games, Coach Rogers will be recognized by Arundel High School for his years of service. His name. and signature, has been placed on the court and we will OFFICIALLY be naming the court after him. When asked about what he is looking forward to most about this Friday, he said it is the opportunity to see his current and former players sharing the court with him.

If you played for Coach Lee Rogers, please come out to celebrate this man! The first 200 fans will be given rally towels upon entry, while the first 100 former players will be given something to signify that you played for Coach Rogers. We will be asking all former players to come onto the court between games to help celebrate with Coach Rogers as well as having light refreshments, immediately following the dedication.